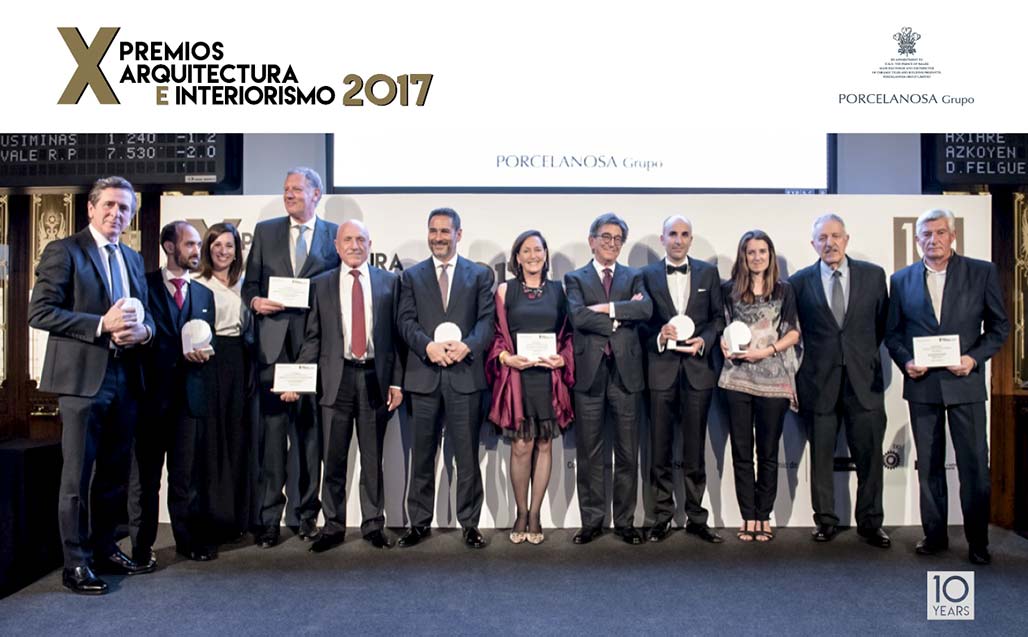 The 2017 PORCELANOSA Grupo Architecture and Interior Design Awards now have winners. The Palacio de la Bolsa de Madrid was the setting, on Wednesday May 3, where the most outstanding projects by all the submitted nominations became known, regarding each of the three categories: Forward-looking Student Projects, Forward-looking Professional Projects and Completed Projects.

Regarding Forward-looking Student Projects, the prize fell to Inmaculada Piqueres Díez and Augusto González Bello at these PORCELANOSA Grupo X Awards, who presented an innovative Work Studio or modern office projects, warm and cosy, and thought up to be located on the outskirts of Madrid. The creators are master’s students in Advanced Infoarchitecture at the School for New and Professional Technology CICE in Madrid.

In relation to Forward-looking Professional Projects, the prize-winning project was that of Ismael Dris Martínez De Tejada, from the ARQVI Architectural and Visualization Studio. Ismael Dris presented Spiral, a Project which has the highest cutting-edge design, with unique distribution and wide spaces, as well as clear open spaces, which the jury found very much to their liking.

Last but not least, in the Completed Projects category, the winner turned out to be the José Manuel Sanz Architectural Studio. This team is the creator of the new Tourism kiosks in Madrid, situated in five locations: la plaza de Callao, el Paseo del Prado, el Paseo de Recoletos, la Plaza Emperador Carlos V and la Plaza de Lima. All of them standing out because of their innovative character, spaciousness and easy contact with the public, thanks to its ergonomic shape and large windows.

Finally, at the PORCELANOSA Grupo X Awards, 2 accolades were presented to professionals with a long track record in the sector: Juan Antonio Gómez Pintado and Emilio Tuñón.

The work done by all the finalist is really worth highlighting, as well as all the nominations submitted, both for the quality and for the very high level of the projects.

As well as the winners in each one of the categories, a large number of professionals were also present at the awards ceremony at the Palacio de la Bolsa in Madrid, as both guests and friends of the company. The media and specialised bloggers were also in attendance as they did not want to miss out on anything at this big architectural and interior design event. All of them enjoyed a most delicious menu, designed by the three Michelin star chef, Quique Dacosta, specially for the PORCELANOSA Grupo, the promotor of the event. 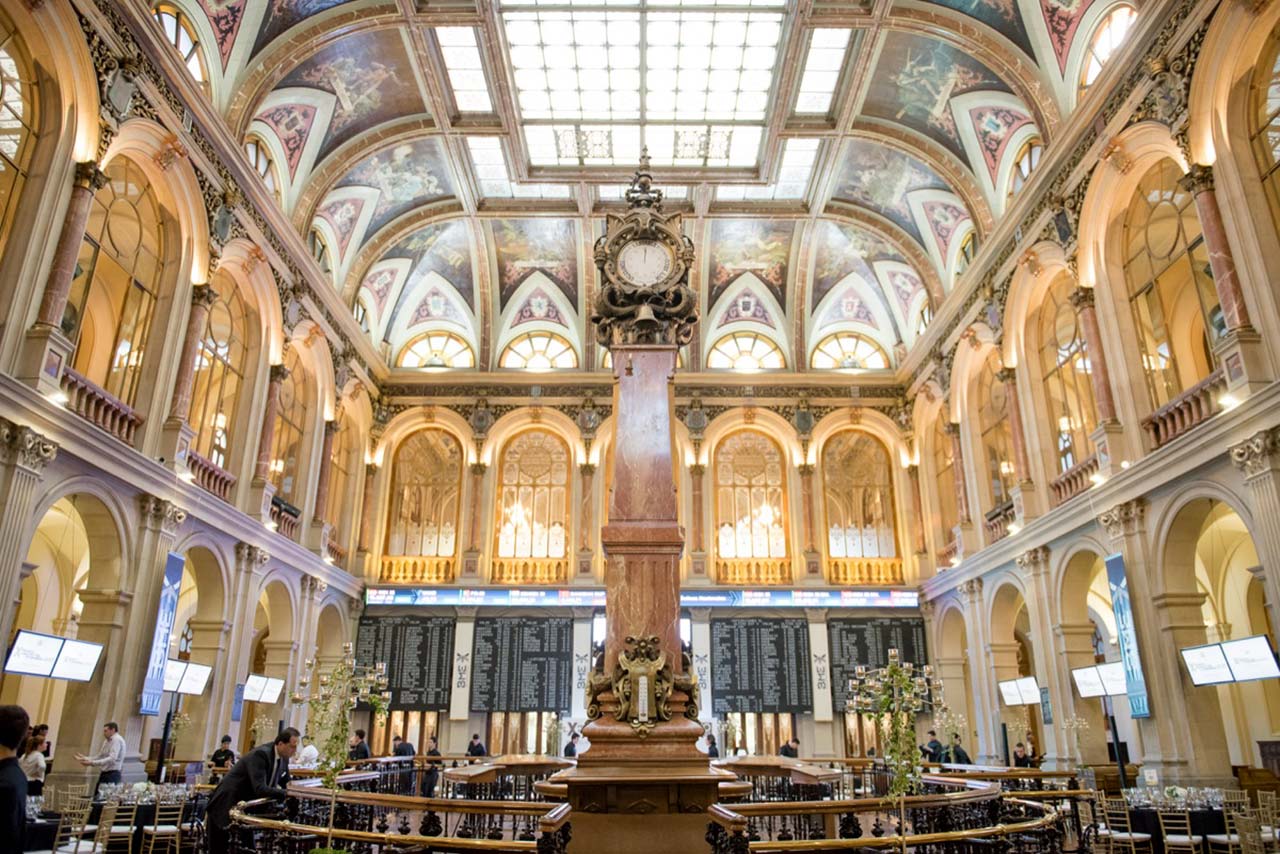 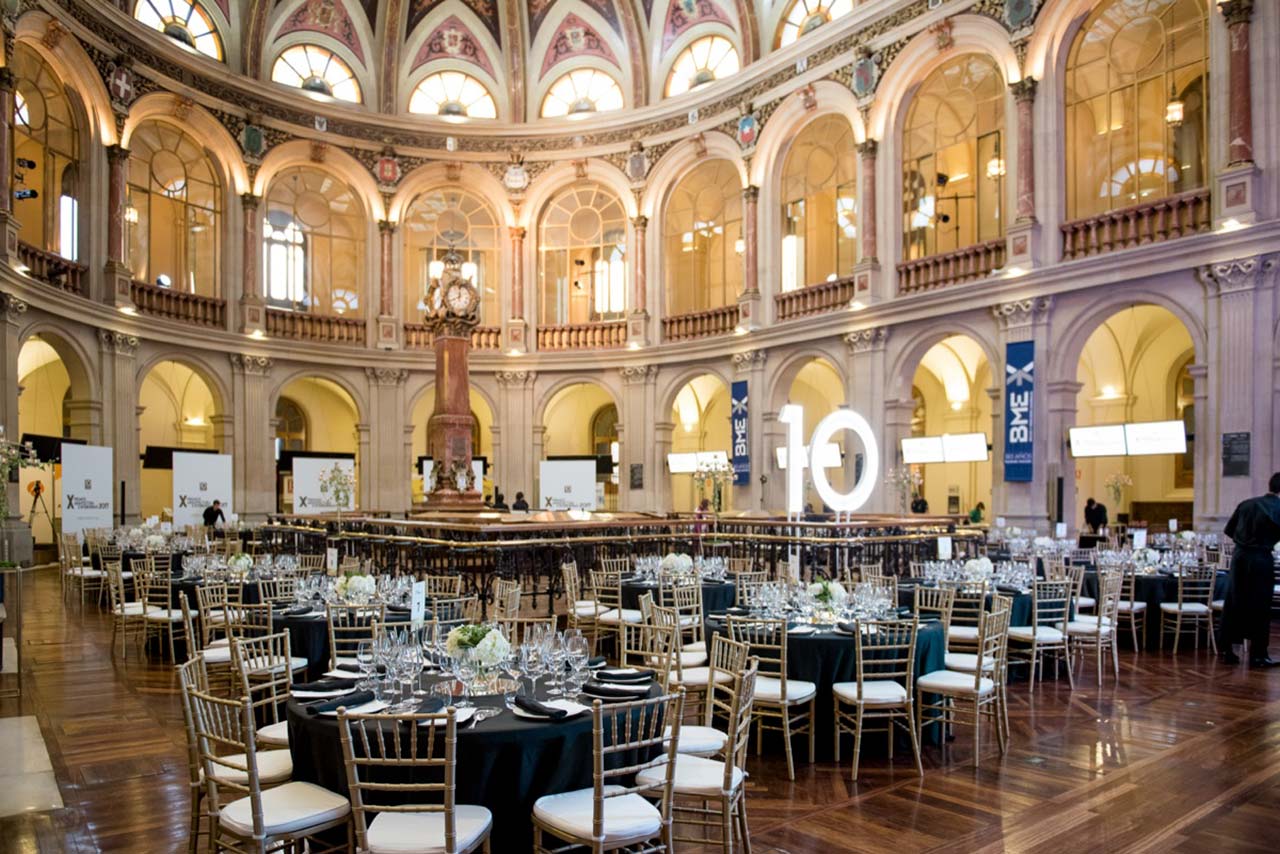 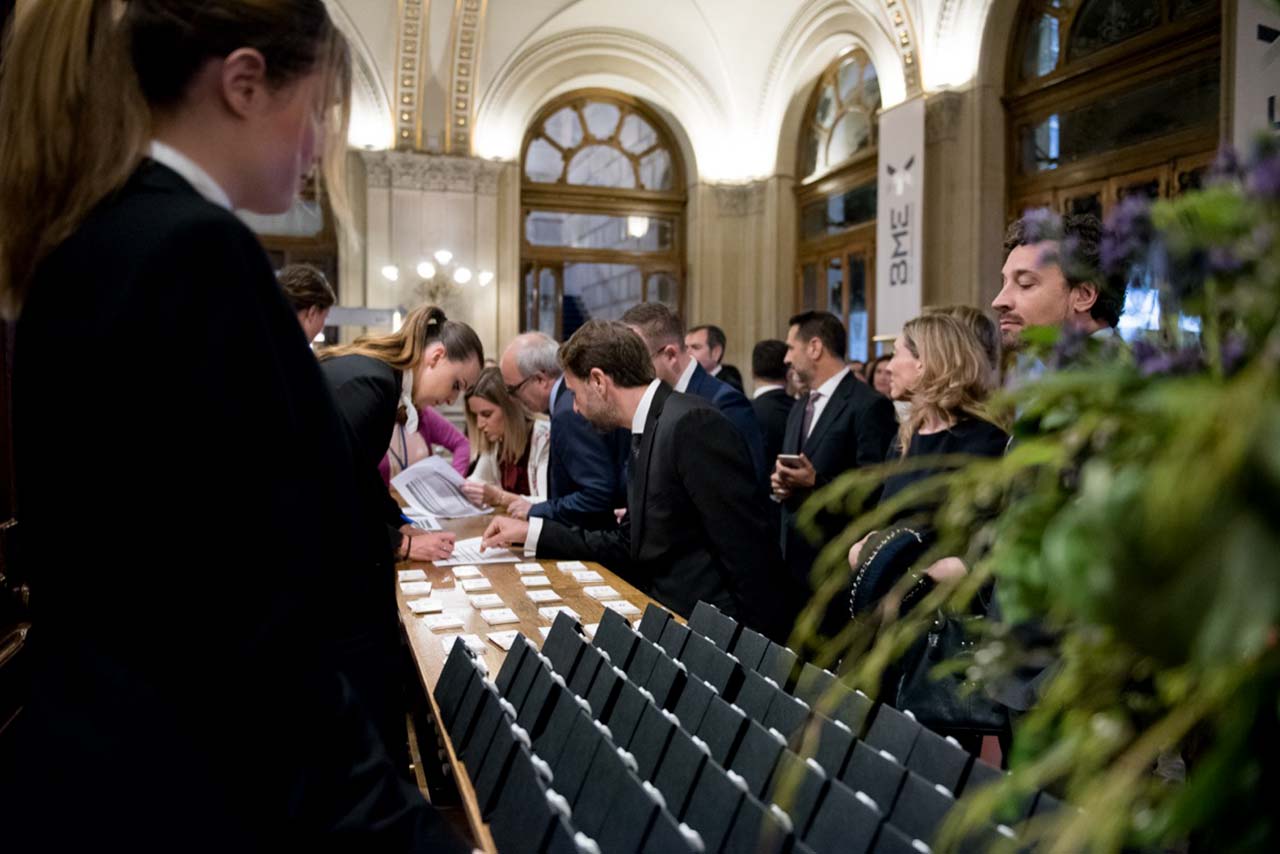 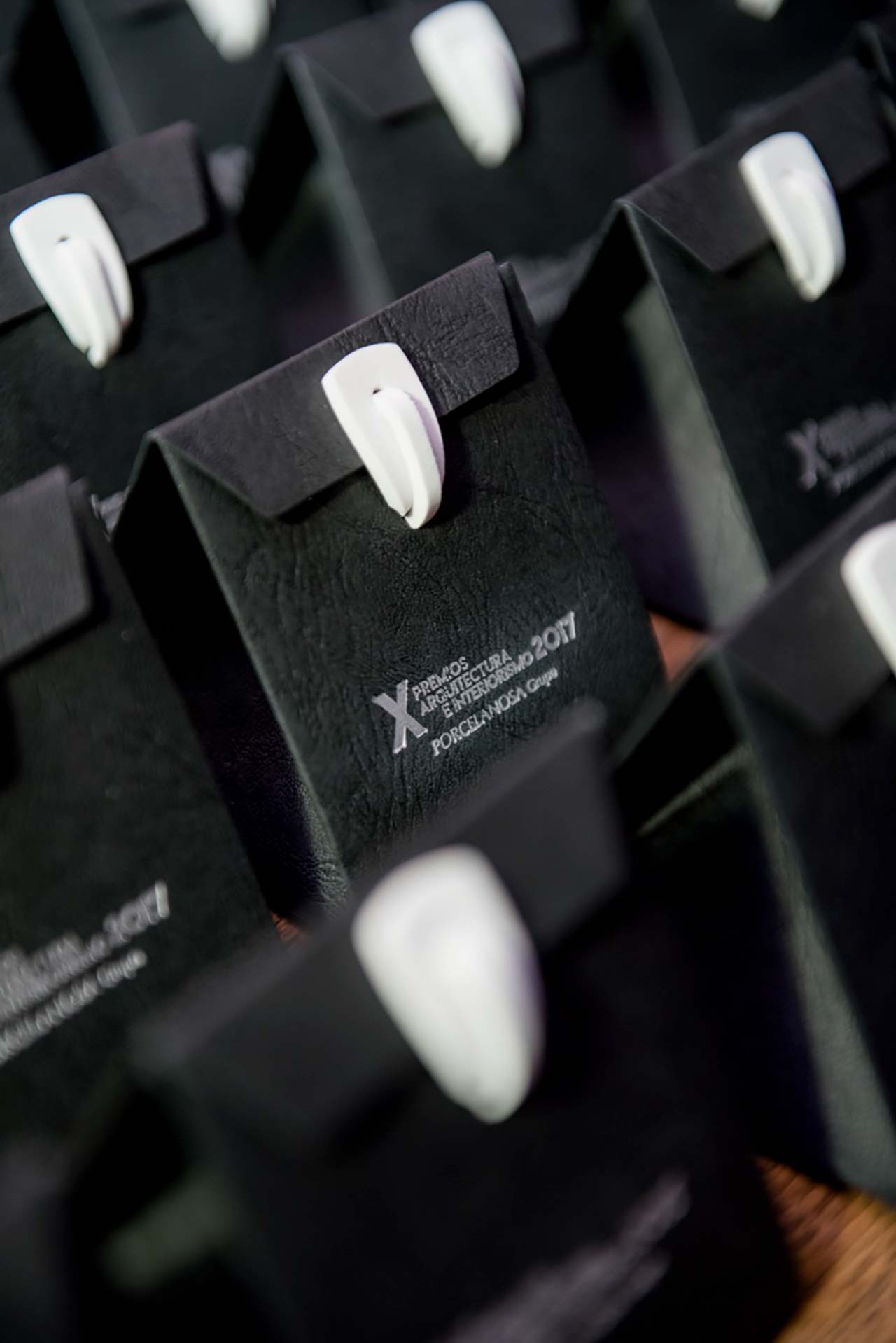 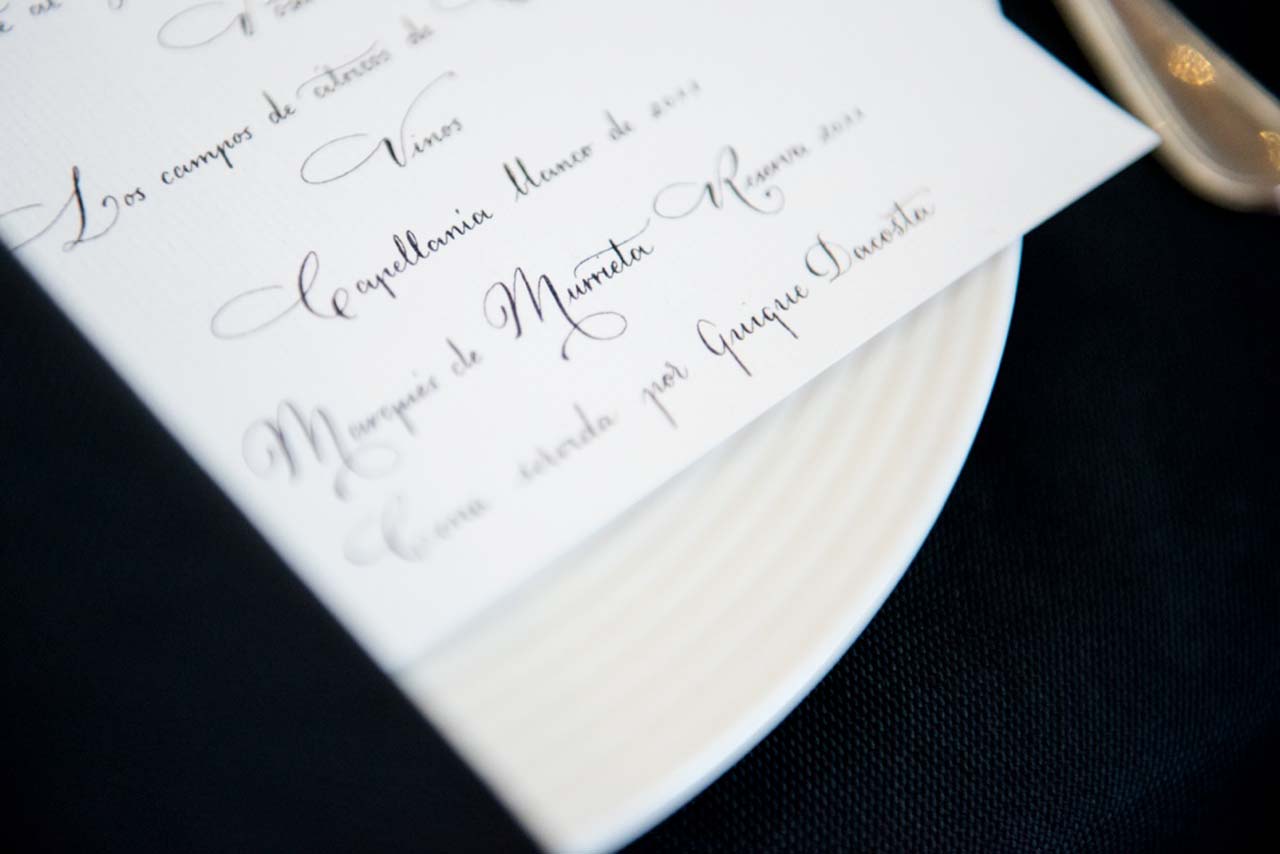 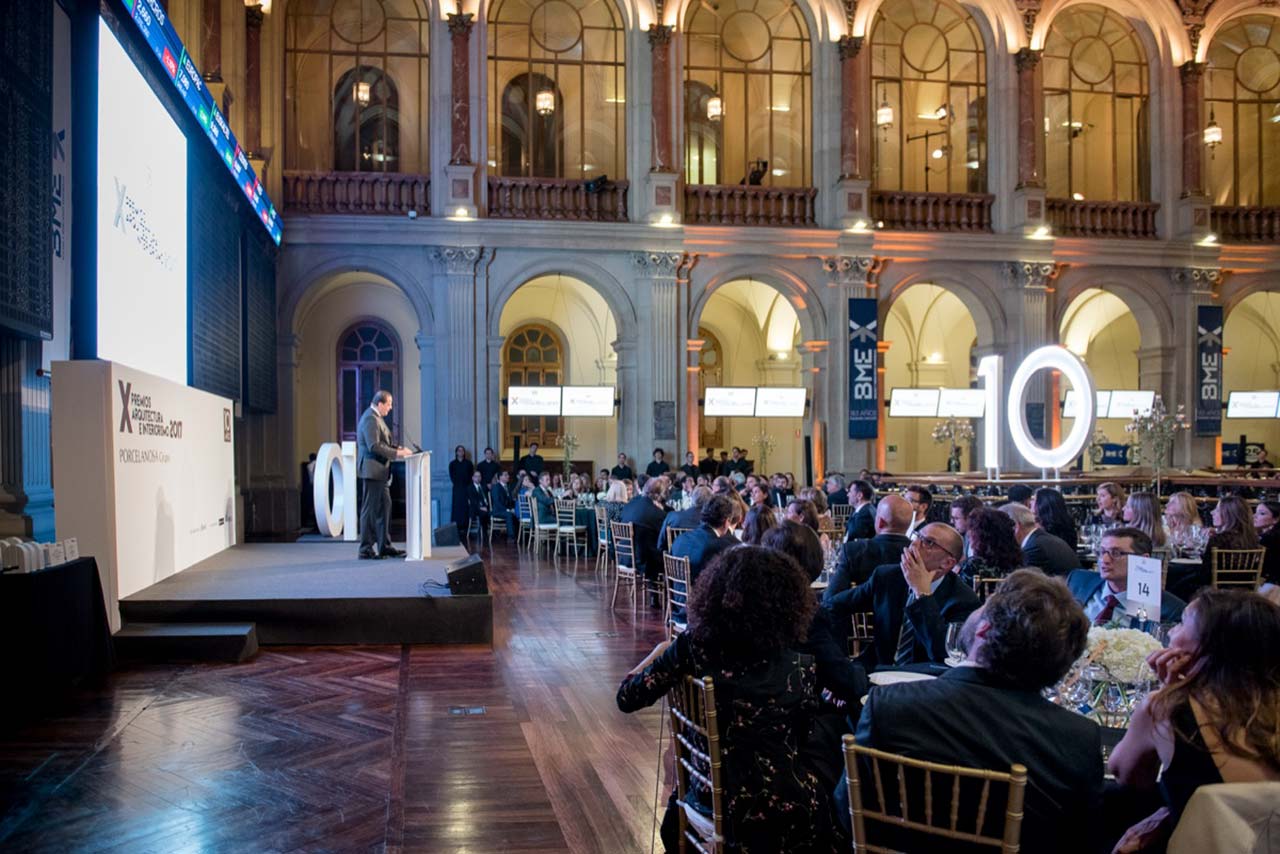 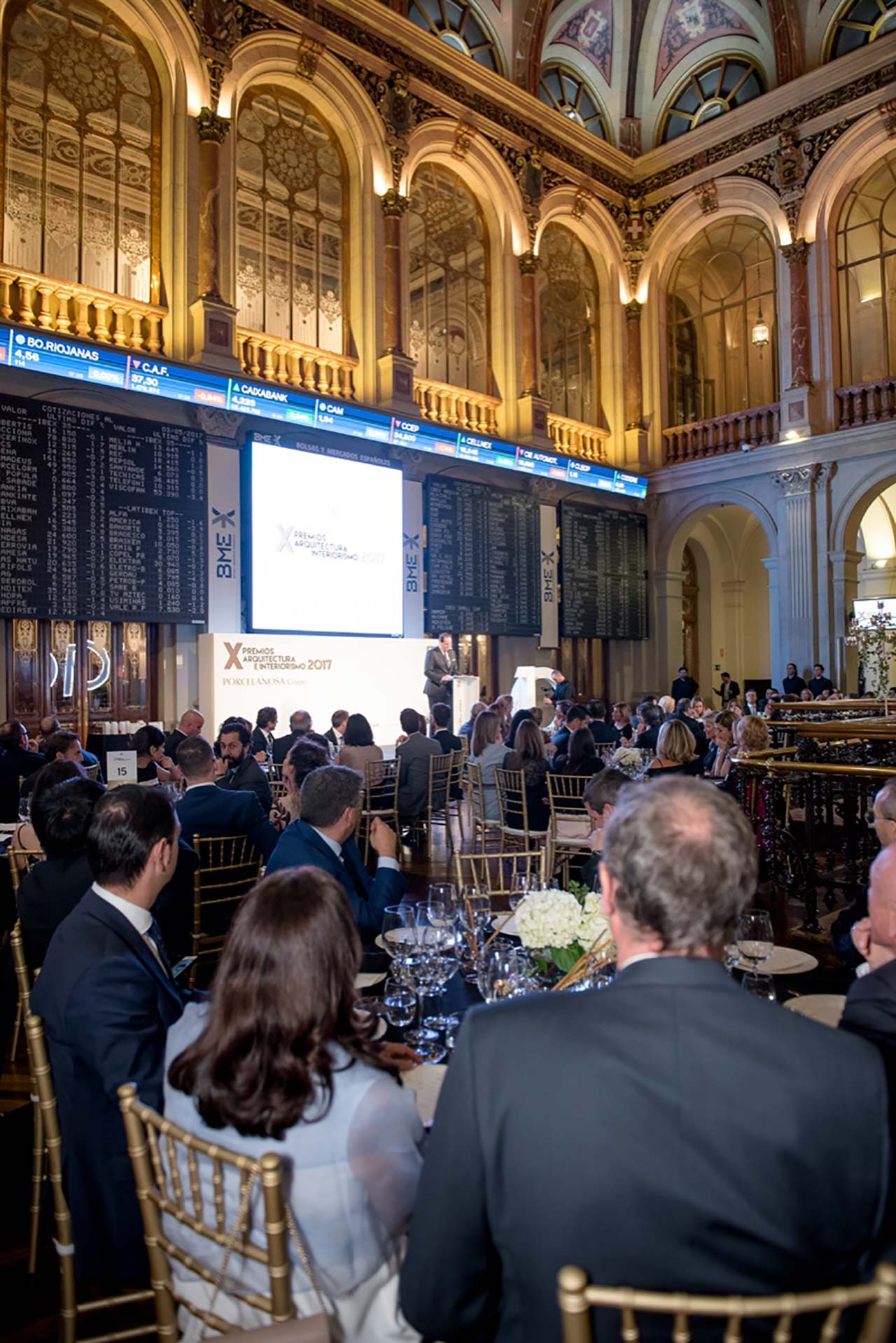 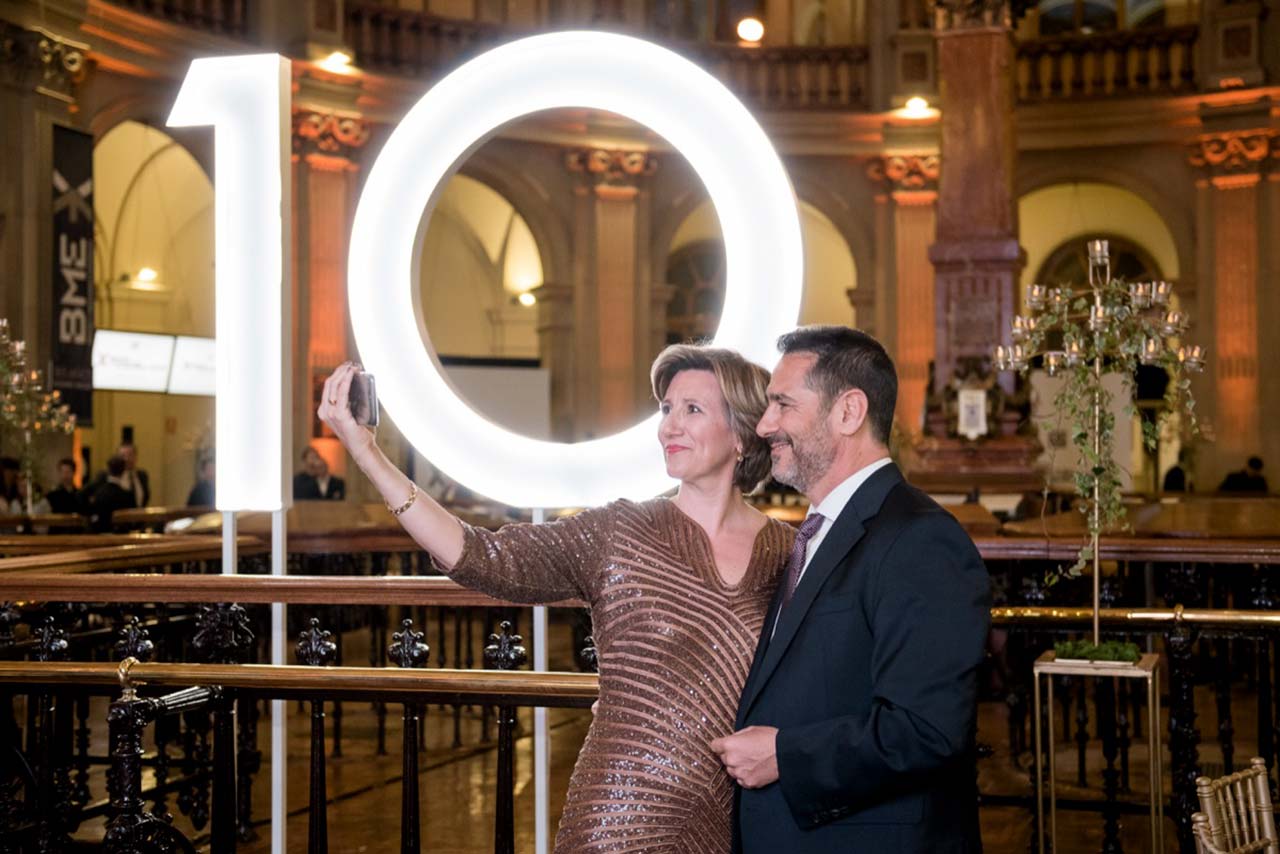 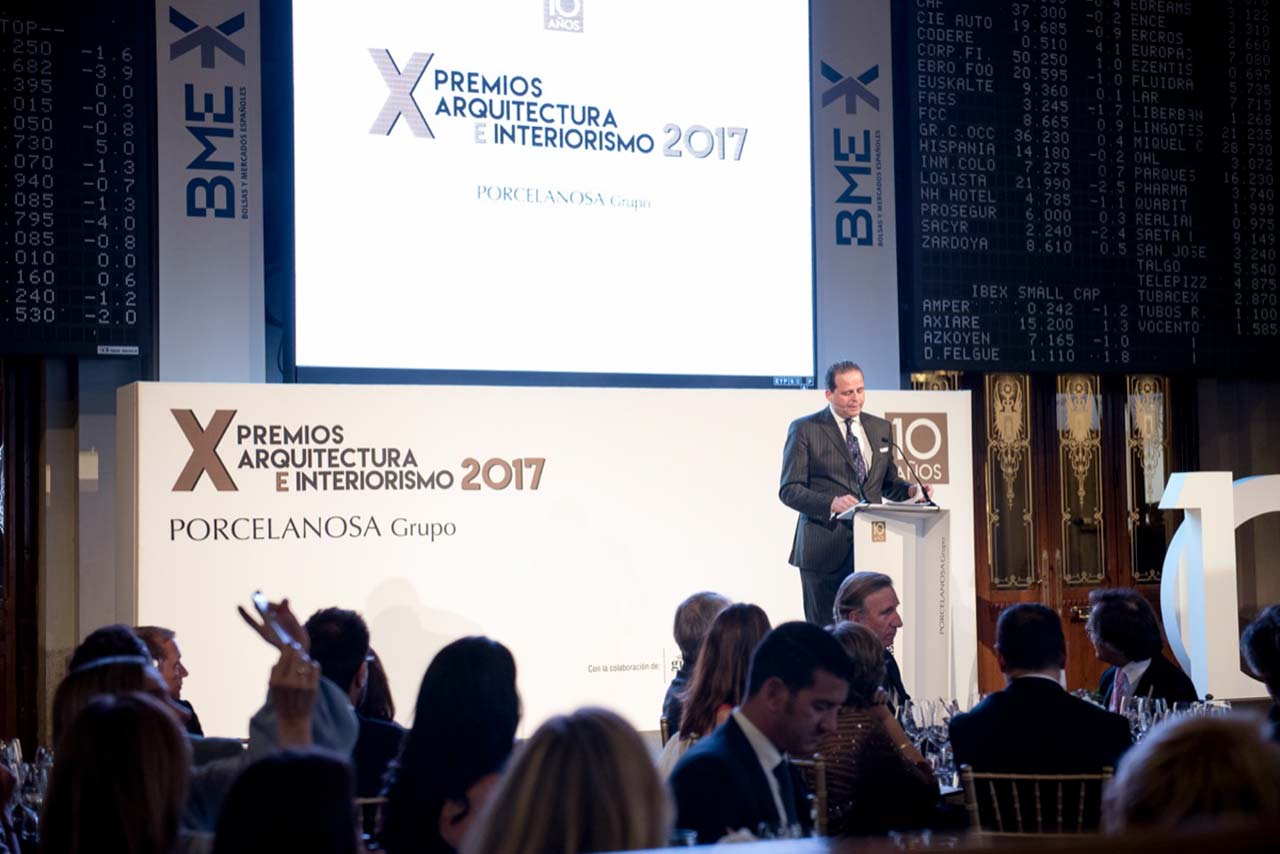 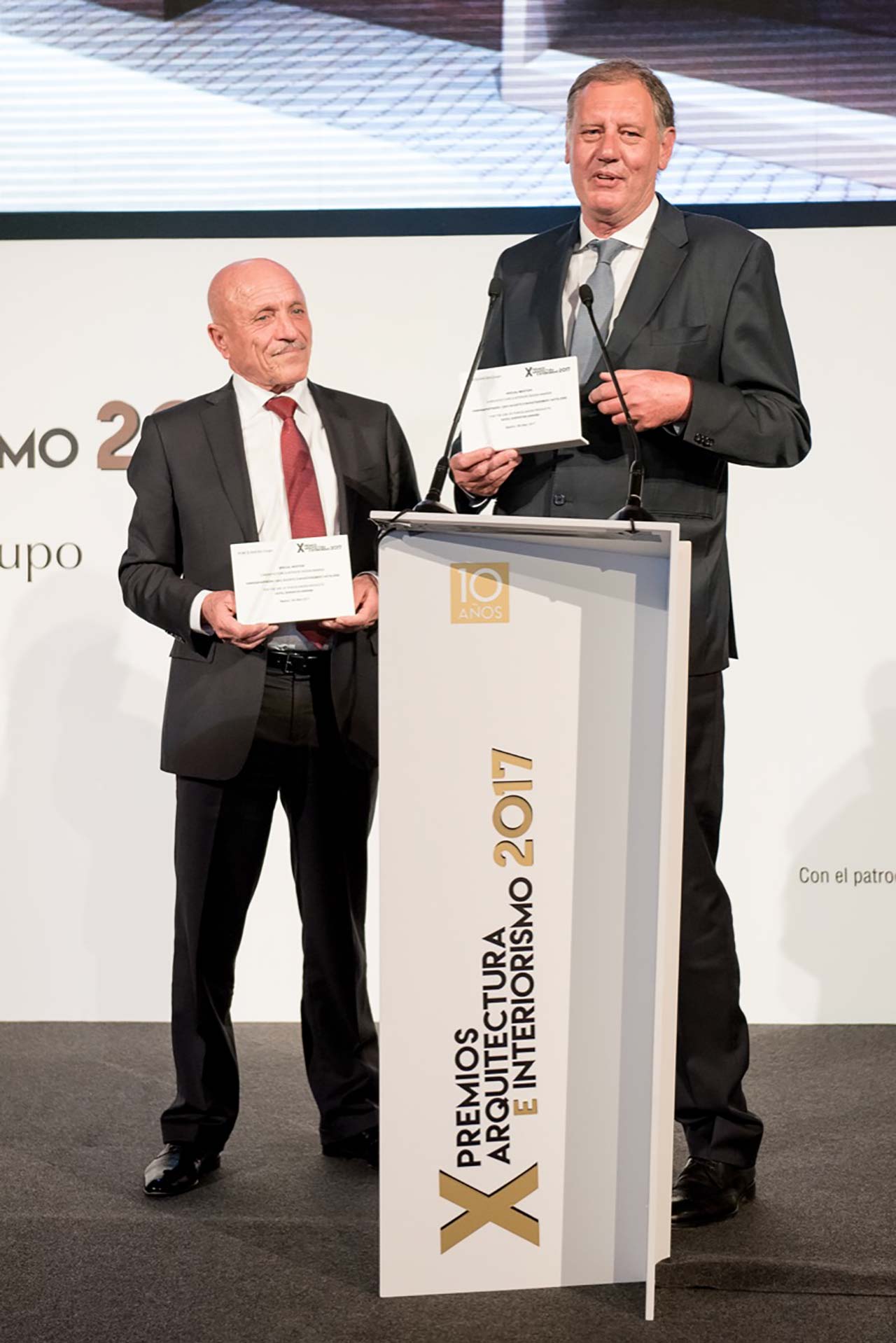 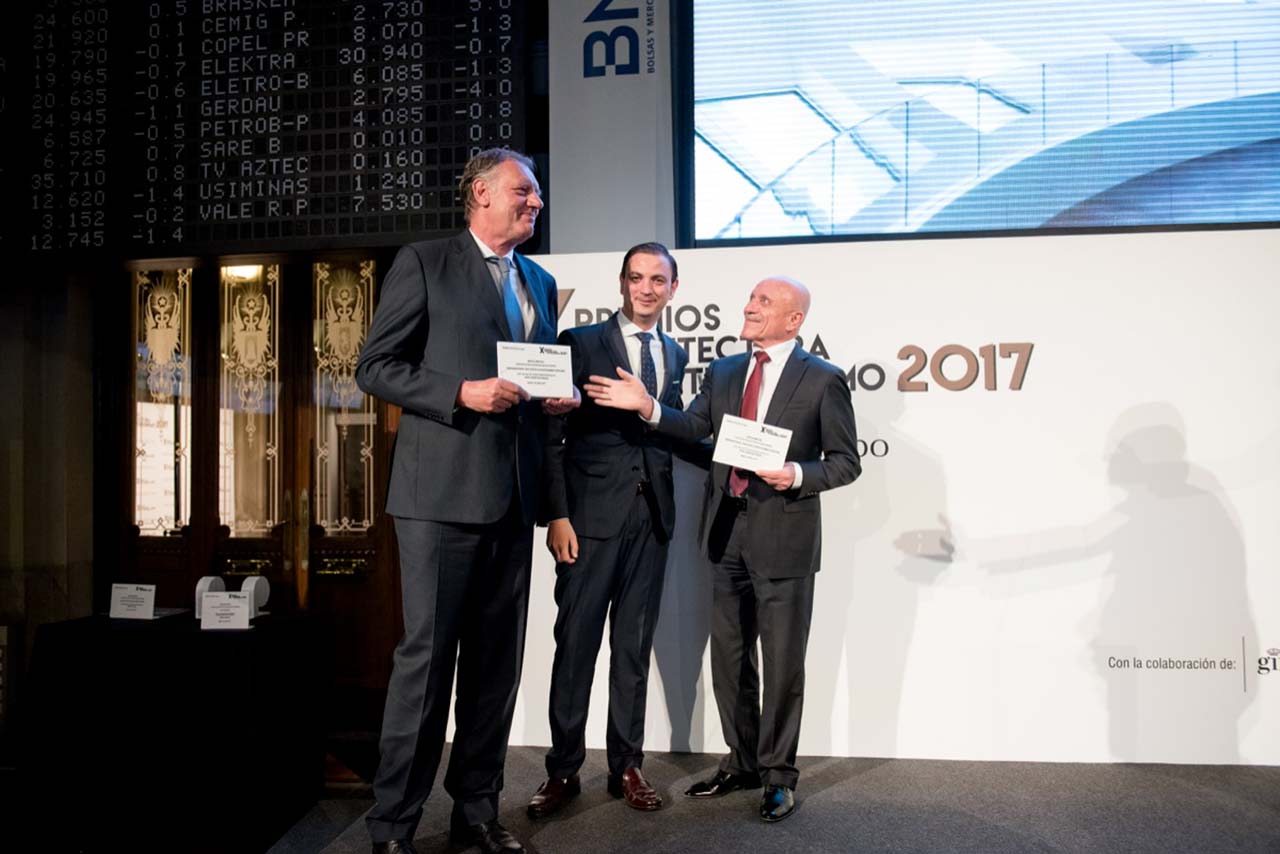 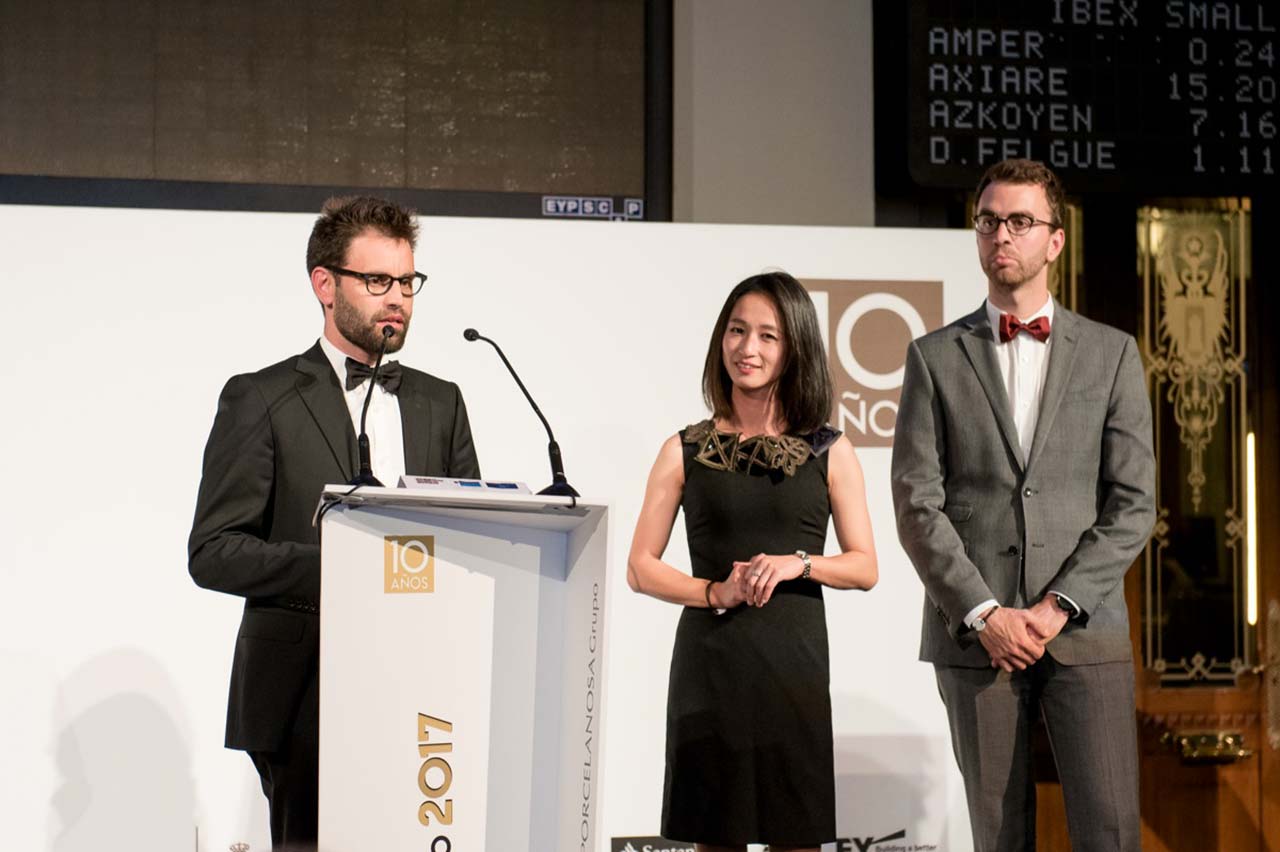 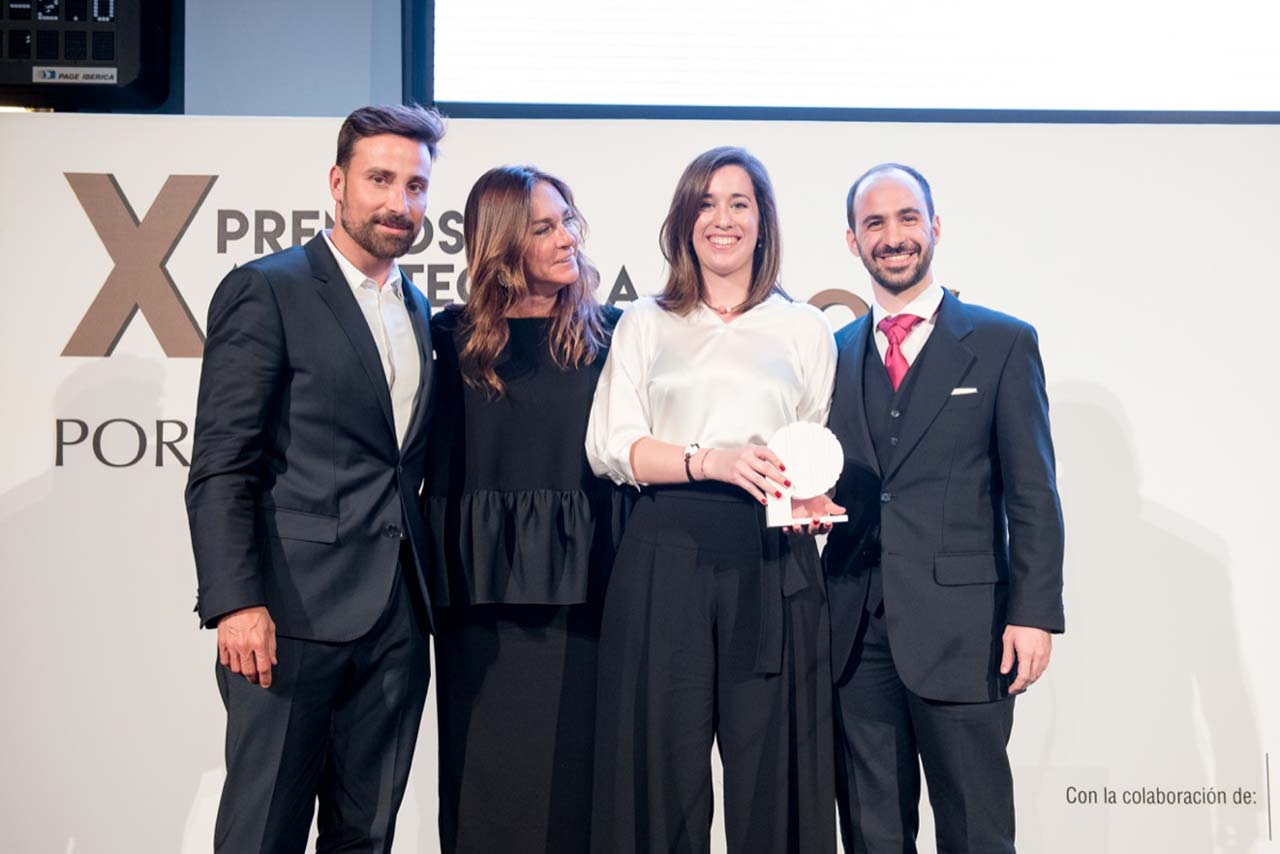 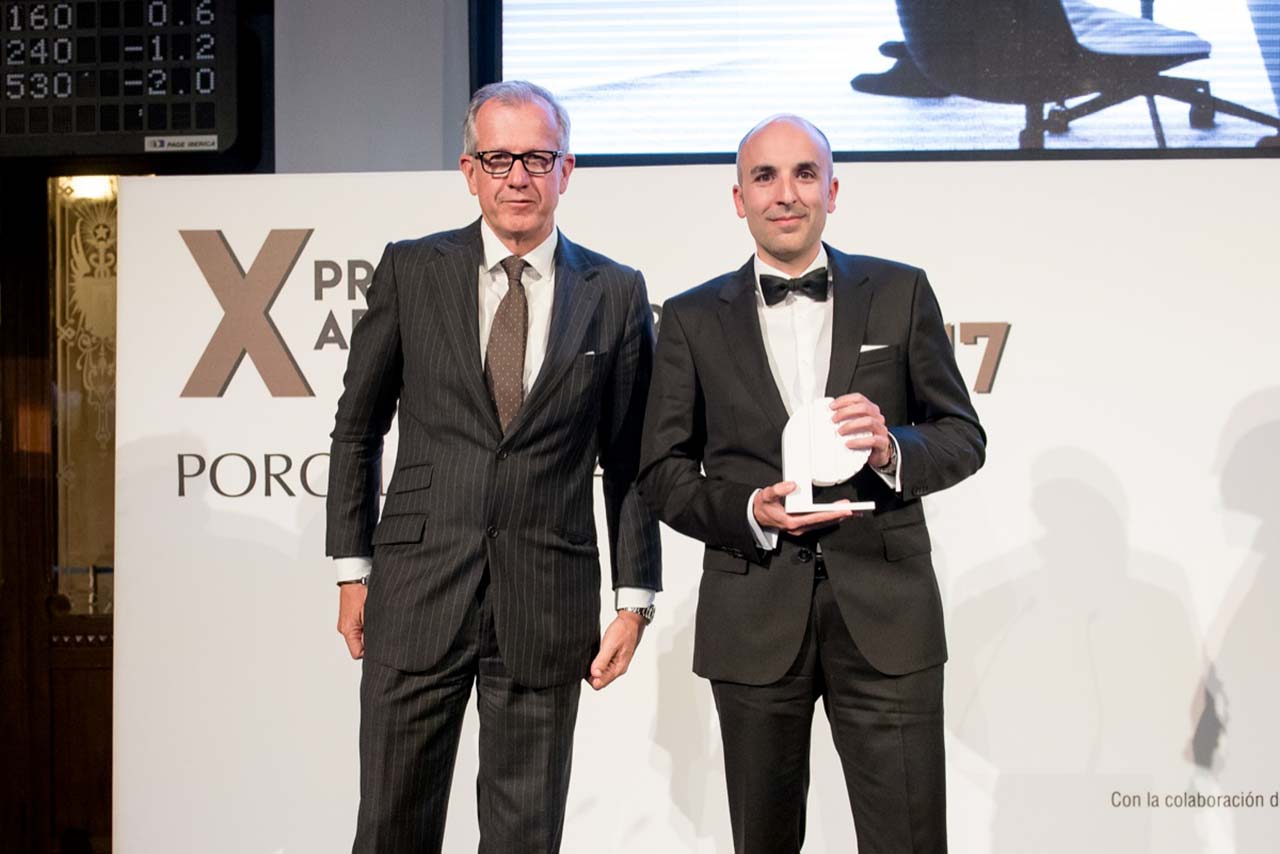 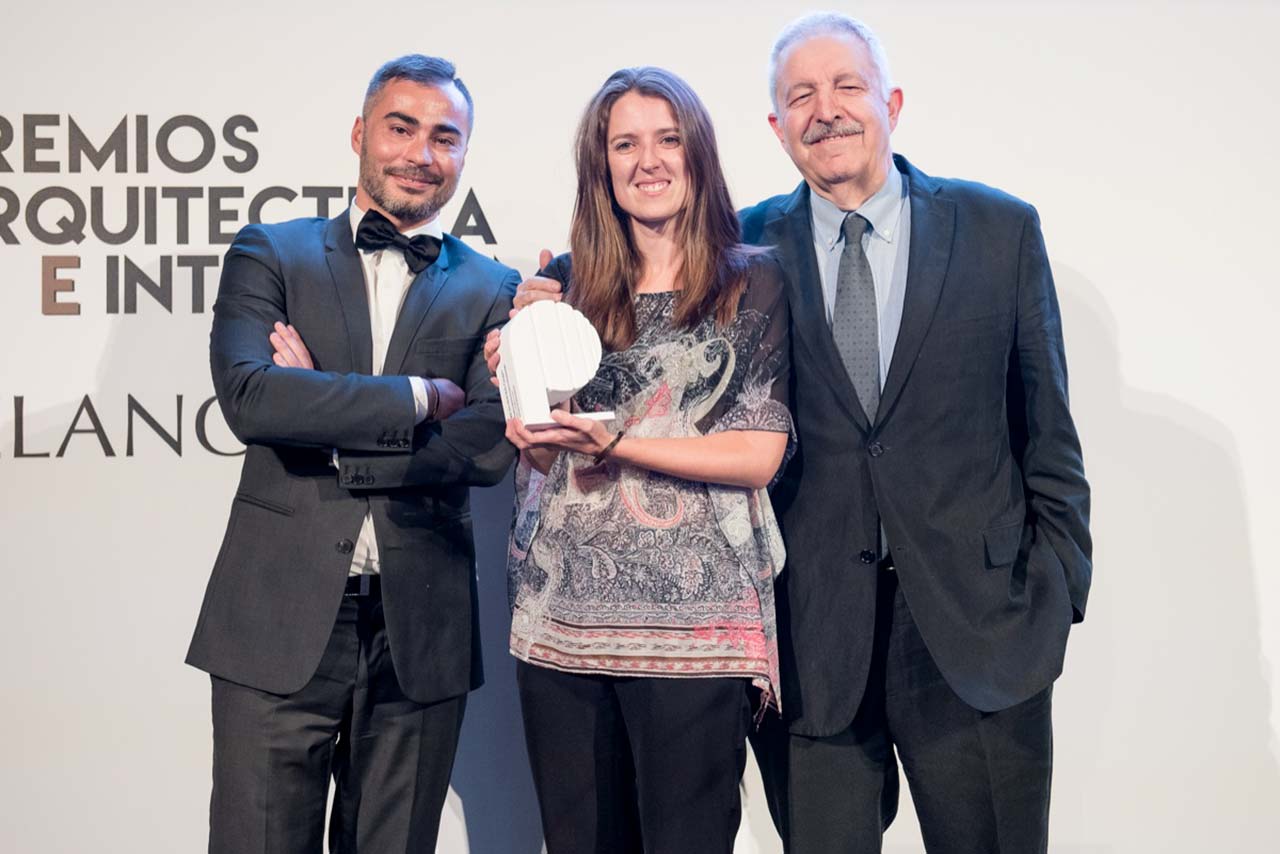 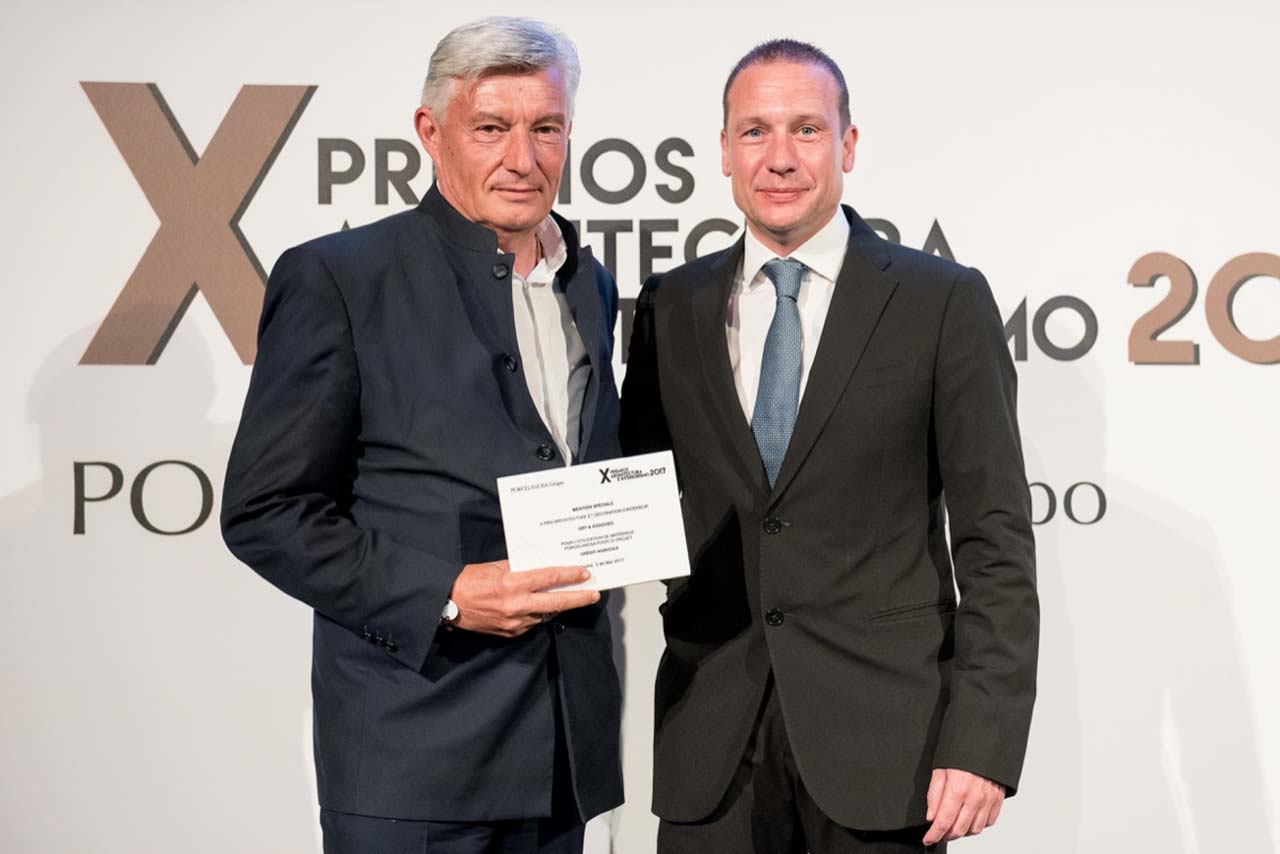 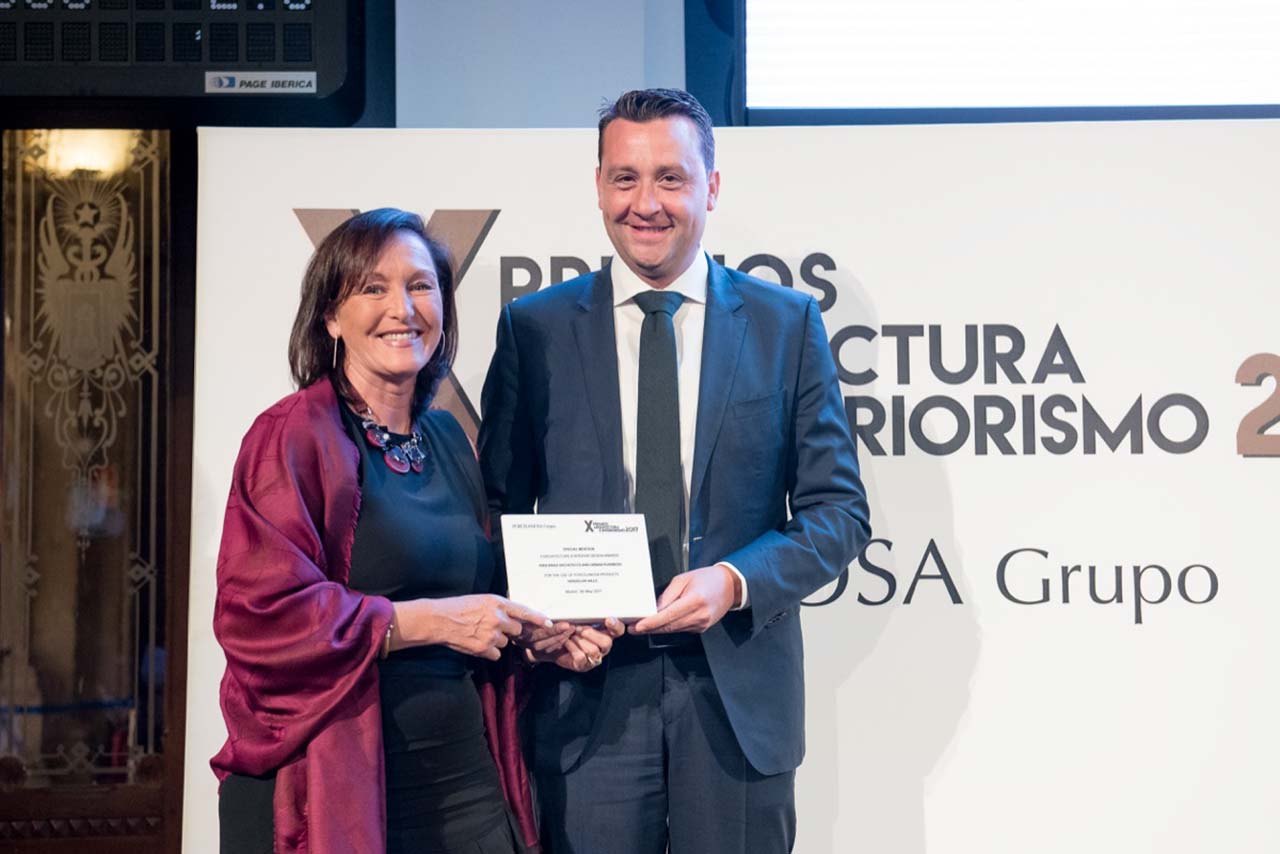